Blink 182, the great American alternative rock band, has finally come after 10 years! F*** that was some serious Edging… After announcing the initial trio from 1992 had re-united and released their latest song “Edging” on October 14, 2022, they also revealed they will be travelling around the world with their newest tour from March 2023 until February 2024. Having repaired past relationships, they will be performing at Barclays Center on Wednesday, May 24th 2023. As a center that has been setting new standards since they opened in 2012, they have hosted many top-class concerts. Book your tickets now for the experience of a lifetime! You do not want to miss out! 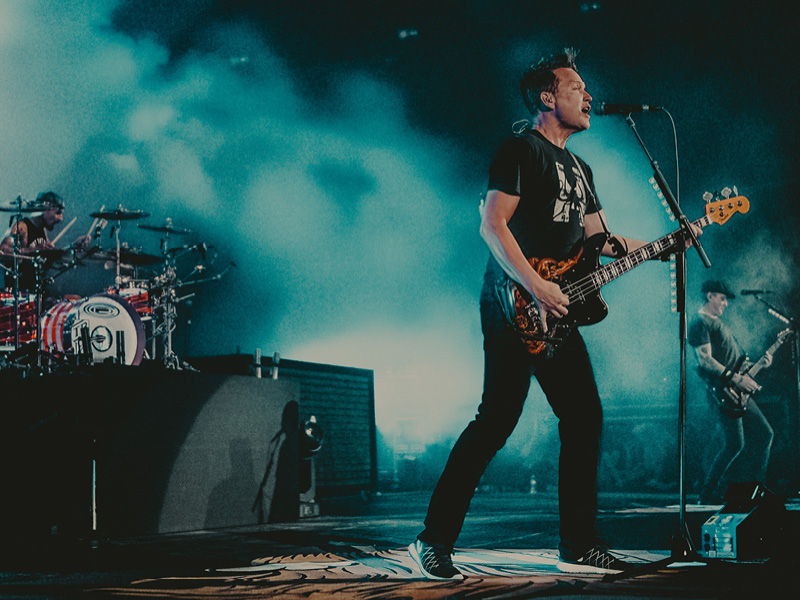 Mark Hoppus, Travis Barker and Tom DeLonge are joining forces again. With their hit punk rock albums, such as “Enema of the State”, filled with mocking lyrics and coming-of-age anthems, this band saw international success in the early 2000s. That album has sold over 15 million copies worldwide, inspiring many other bands to also be part of the pop-punk phase.

Founding member DeLonge left the band a couple of times before committing to returning last year. Initially separating in 2005 they reunited once more after Barker’s death-defying survival of a plane crash in 2008, and then now after finding out Hoppus had beaten cancer late 2021. Matt Skiba had been in the band previously, as a songwriter, vocalist, and guitarist. He is quoted to be “truly grateful for my time with Blink, and I am truly happy you guys are a band and a family again.”

The band is releasing their “most progressive” album on this world tour. Traveling from the Americas to Europe and ending in New Zealand, they will be accompanied by many famous bands such as Wallows, Turnstile, Rise Against and The Story So Far.

Having released 8 studio albums, over the course of the last 20 years, this is one show you do not want to miss!