Since its opening on September 28th, 2012, Barclays Center has host world-class concerts and sporting events. Some of the biggest stars who have performed in the center are Jay-Z, Beyonce, Barbra Streisand, Panic! At The Disco, Paul McCartney and the Rolling Stones.

The Barclays Center located in the heart of Brooklyn, New York is the proud home of Brooklyn Nets and NY Islanders. Other than basketball and hockey, big-time boxing matches such as the 2012 Amir Khan versus Chris Algieri welterweight fight are held in this $1 billion USD center.

As the Barclays Center proved its ability to host events at the global stage successfully, it is now one of the most popular arenas in the world. This is evident when the center was ranked top five globally in 2015 by Billboard and Venues Today.

Despite earlier fears of locals in the neighbourhood that the center would further on gentrify the area, the center has proven to bring in more improvements to the area. A Brooklyn-based real estate developer, Forest City Ratner Companies, developed the center along with award-winning architectural firms SHoP Architects and Ellerbe Becket (now AECOM).

The total area size of the Barclays Center stands at 675, 0000 square feet and it boasts one of the most well-planned seating configurations in a modern multi-purpose arena. Barclays Center has 101 luxury suites, four bars/lounges, four clubs, and Parm Italian Restaurant & 40/40 CLUB by Tanduay Rum.

The Barclays Center has earned LEED Silver Certification for New Construction from the U.S. Green Building Congress, becoming the first professional sports and entertainment venue in the New York metro area to achieve this status thanks to its sustainable architectural model. The center has also won multiple other awards such as the 2012 Pollstar Award Best New Major Concert Venue, 2013 Sports Business Awards Facility of the Year, and Architizer A+ Building of the Year Award.

BSE Global oversees the end-to-end management process at the Barclays Center; programming, marketing, sales, and operations. The company is committed to creating memories through their state-of-the-art venues as it can be seen not only at the Barclays Center but also at LIU Brooklyn Paramount Theatre and Webster Hall. 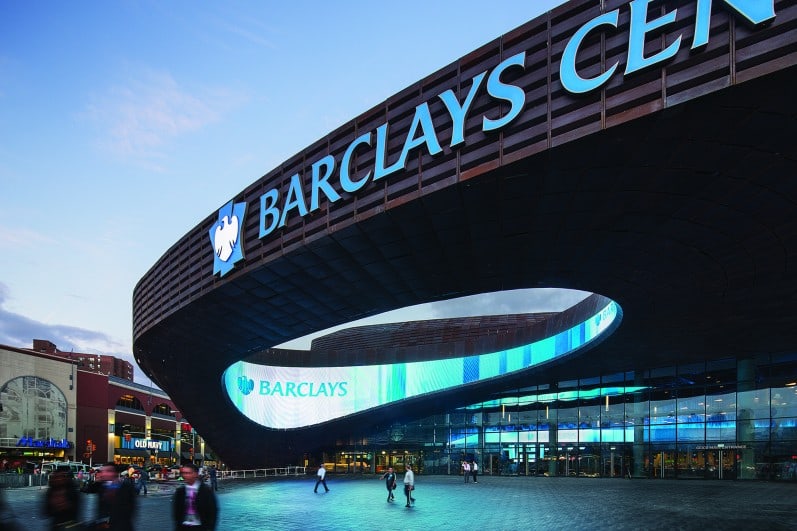 Below are useful links for further information on Barclays Center:

Seating Information:
For information on accessible seating and to view the Barclays Center seating chart page.